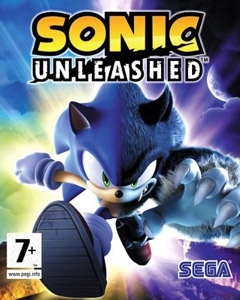 Release dates are for XBox 360 Versions

Eggman has cracked open the planet looking to harness Dark Gaia and in the process afflicted Sonic with a curse of being werehog by night! It's up to Sonic to fix Eggman's mess.

Sonic is facing Eggman's latest threat in space. An entire Eggfleet! Sonic plows his way through Eggpawns making his way to the doctor. Sonic goes Super Sonic and Eggman escapes. Actually he doesn't. He's really luring Sonic into a trap! Using his trademarked tricking, (usually best effects are on Knuckles) Eggman swears he'll turn over a new leaf but it's really just to get Sonic in just the right spot so he can activate a machine that harnesses Super Sonic for a giant ray gun so he can literally break the planet apart! All this in just the first CGI sequence!
﻿