The Firing Of Bernie Stolar

Sonic HQ news member, Tristan takes a look on how the end of the Bernie Stolar era could change Sega of America. 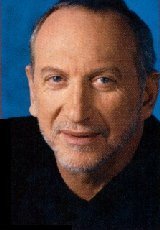 Let's enter a fairy tale. Once upon a time, there was a regular guy named Bernard. He was promoted to President of a failing gaming company with a failing game system. Over the next couple of years he turned a company around by setting up the American launch of a brand new game system that would change the way we see games. And all was good.

And that's where the fairy tale goes horribly, horribly wrong.

If you don't know yet, Stolar was fired this month, just less than 4 weeks away from the Dreamcast launch. He had everything done perfectly. Nothing seemed to be going wrong. And, for once, Sega looked like it was going to jump back into the gaming ring in a major ring.

Well, for one thing, Stolar said some bad things about SOJ, calling the DC in Japan a failure. But when you think about it, it almost is. The Dreamcast is selling in second place, but the Playstation is far ahead of it, and the Nintendo 64 and its Pocket Monsters titles are in a very close third. Was his statement correct? Technically, almost. But was saying it right? Not really.

But, perhaps Stolar wanted to quit altogether, but right now, signs point away from that. Perhaps he thought his work was done; he pulled a company from near death to what could be the biggest launch of a video game console in history, much like when he was around at Sony. Look at them now. Sony has gone from a company that didn't even make games 7 years ago to having the best video game console now. Can you blame him? He received 5 million dollars, whether he quit or not. Now he can go relax on some tropical island and not worry about the trials and tribulations of businesses anymore if he wanted to.

Sadly, it appears that wasn't what he did. 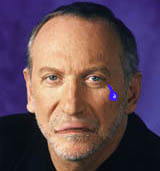 Now, the new COO, Kezuka, is being called a yes-man, and you would too, considering the fact that he has little knowledge of the American market and is a personal friend of SOJ President Irimajiri.

Does the future still look good for Sega of America? Absolutely. Does this mean that I'm going to cancel my pre-order? Nope. But does this mean the most anticipated launch in history may not go as smooth as Stolar wanted it, and had it? Probably.

Sources say that when Stolar left, he was heard saying "This is not how I wanted it to end."

Bernie, if you're reading this, I think I speak for everyone when I say this is not how I wanted it to end either.

-Tristan
"It's About Time."