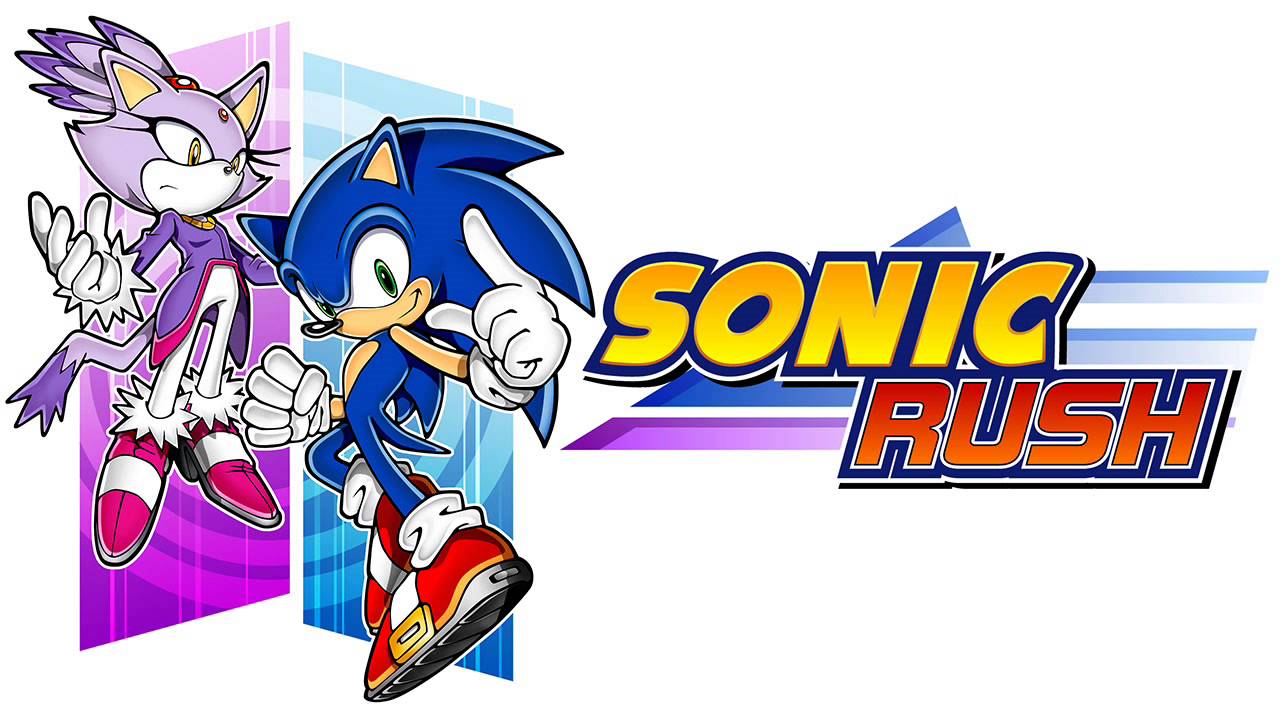 No matter how daunting the task may be, you can always count on your friends to be there to support you. This is the theme of “Sonic Rush.”

Developed by Dimps and Sonic Team, the game was announced at the 2004 Electronic Entertainment Expo (E3). A demo was featured in that expo a year later and won IGN’s “Biggest Surprise” award. On Nov. 15, 2005, “Sonic Rush” was released. The game was well-received. It received an 8.2/10 from Gamespot and 9/10 from Nintendo Life and IGN. So, is the game What U Need? Or was the game Rushed?

You play as two characters, Sonic the Hedgehog and Blaze the Cat. Sonic Rush was the game that introduced Blaze. Blaze comes from another dimension where there are Sol Emeralds instead of Chaos Emeralds. As a princess in her world, she protects the Sol Emeralds. Dr. Eggman has teamed up with his counterpart Dr. Eggman Nega and took the Sol Emeralds which is causing a merging between the two worlds.

As Sonic, you and Tails fight Eggman Nega while trying to figure out what is going on with his dimension and find out who Blaze is.

When playing as the blue blur, the game plays similar to the Sonic Advance titles but with a few additions. This was the game that introduced boosting to the Sonic franchise. As you defeat enemies and perform tricks in the air, your boost gauge will increase. You can use it to go fast and enter the special stages. In the special stages, you use the stylus to control Sonic in 3D to collect rings to obtain the Chaos Emeralds. It plays similarly to the bonus stages from Sonic the Hedgehog 2. 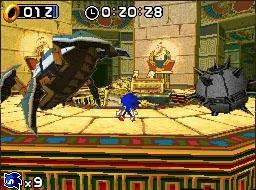 As Blaze, you collect the Sol Emeralds as you beat Dr. Eggman. She prefers to work alone but she meets Cream the Rabbit who becomes her friend as they go on their adventure. The game plays just like Sonic but her moves are fire-themed. She can also hover with her boots. There are no special stages as Blaze.

Once you beat both stories and collect all the Chaos and Sol Emeralds, the Extra story will appear where you will have the final battle against the two doctors.

There isn’t much to say when it comes to Sonic’s story. What I’ve said about Sonic is pretty all of it. Blaze’s story is more interesting, however. She starts as a loner who never had a friend since she has guarded the Sol Emeralds all of her life (huh, reminds me of a certain echidna). Thanks to Cream, she starts to become more friendly and trusting. By the end, she teams up with Sonic to beat the two doctors. It is a great introduction to this new Sonic character. Overall, I love Blaze’s story but I am a bit disappointed by Sonic’s. I give the story an A-.

I have a bone to pick with the game’s gameplay. This game can be very frustrating on many occasions. There are so many death pits in the game, cheap enemy placements, and bosses that can insta-kill you at times. My least favorite boss is the second to the final boss of the game (Egg King) which, not only as an insta-kill move that he does twice in the match but also uses moves that are nearly impossible to avoid which can be very frustrating when the boss level only provides nine rings. I have no problems with the special stages, however. Basically, it can be fun but also very frustrating. I give the gameplay a B-.

Sonic Rush’s soundtrack has a very unique style to it. Hideki Naganuma (composer of Jet Set Radio), composed this game’s soundtrack. There are so many great tracks from this game like “Right There, Ride On,” “What U Need,” “A New Day” (probably my favorite song out of the soundtrack), and “Wrapped in Black.” Not to mention a few of these songs have remixes for Blaze’s story. I give the soundtrack an A+.

To conclude, I have mixed feelings with this one. It has a great soundtrack and Blaze’s story is pretty good. But the gameplay is just so frustrating and Sonic’s story is pretty lacking. I give the game a 7.8/10.

At a Glance: Sonic Rush